Churros are Spanish donuts made of choux pastry and deep-fried until golden and crispy on the outside and fluffy in the middle. They are tossed in cinnamon sugar and served warm with a variety of sauces. Chocolate and dulce de leche sauces are most common. Spicy chocolate goes really well with churros, so I opted for a chocolate chili sauce this time. If you're worried that this may be too much chili for your taste, add 1/4 teaspoon first, and then try the sauce. You can always add more. Churros are best eaten warm. The sauce will thicken as it gets cold, but you can keep it warm by holding it over a pot of hot water (bain-marie). 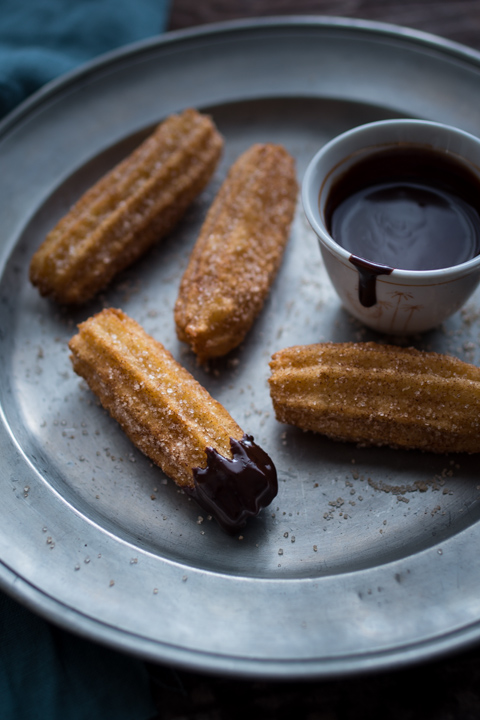 In a medium saucepan, combine the water, sugar, salt, and butter and bring to a boil. With a wooden spoon, stir the flour into the water mixture to make a dough. Stirring constantly, cook the dough until it pulls away from the sides of the pan and forms a ball. Place the dough into the bowl of a stand mixer fitted with a paddle attachment and mix on low speed for 5 minutes to release the steam and cool the dough. Increase the speed and add the eggs one at a time, allowing each egg to incorporate into the dough fully. Turn off the mixer and transfer the dough into a pastry bag fitted with a star tip. In a separate bowl, combine the sugar and cinnamon and set aside. In a heavy-bottomed pot, heat the oil to 180°C. Pipe 5 cm long churros into the oil. Do this in batches of four or five. Fry until golden brown, about 5 minutes. Remove churros from the oil with a slotted spoon and toss them in cinnamon sugar. Serve immediately with the chocolate chili sauce.

For the chocolate chili sauce:

Place the chopped chocolate in a medium bowl and melt it in a bain-marie. Add the hot heavy cream and whisk until well incorporated. You will get a thick, shiny sauce. Add chili powder and serve with churros. 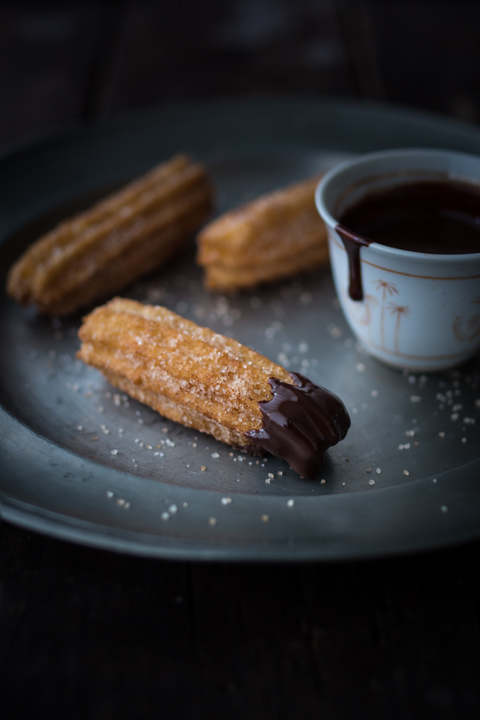 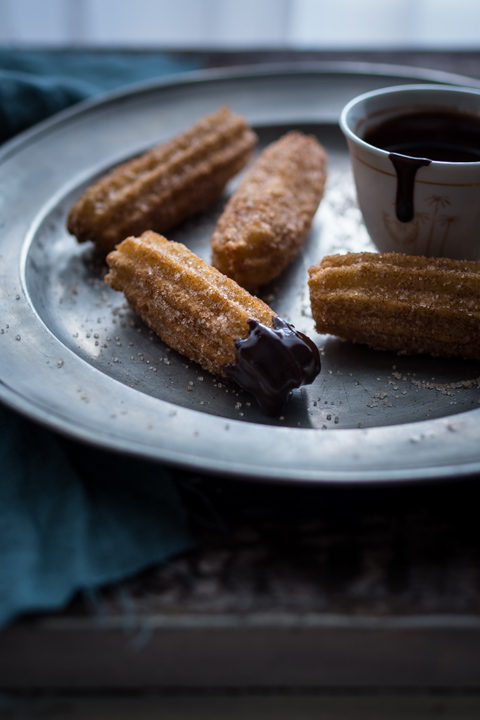 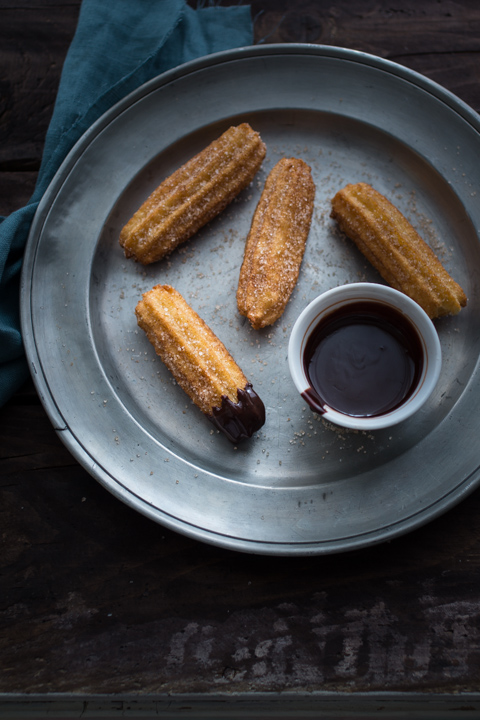 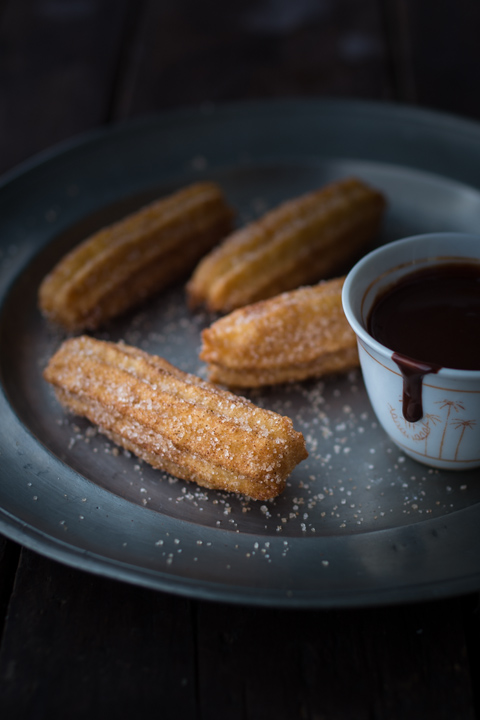